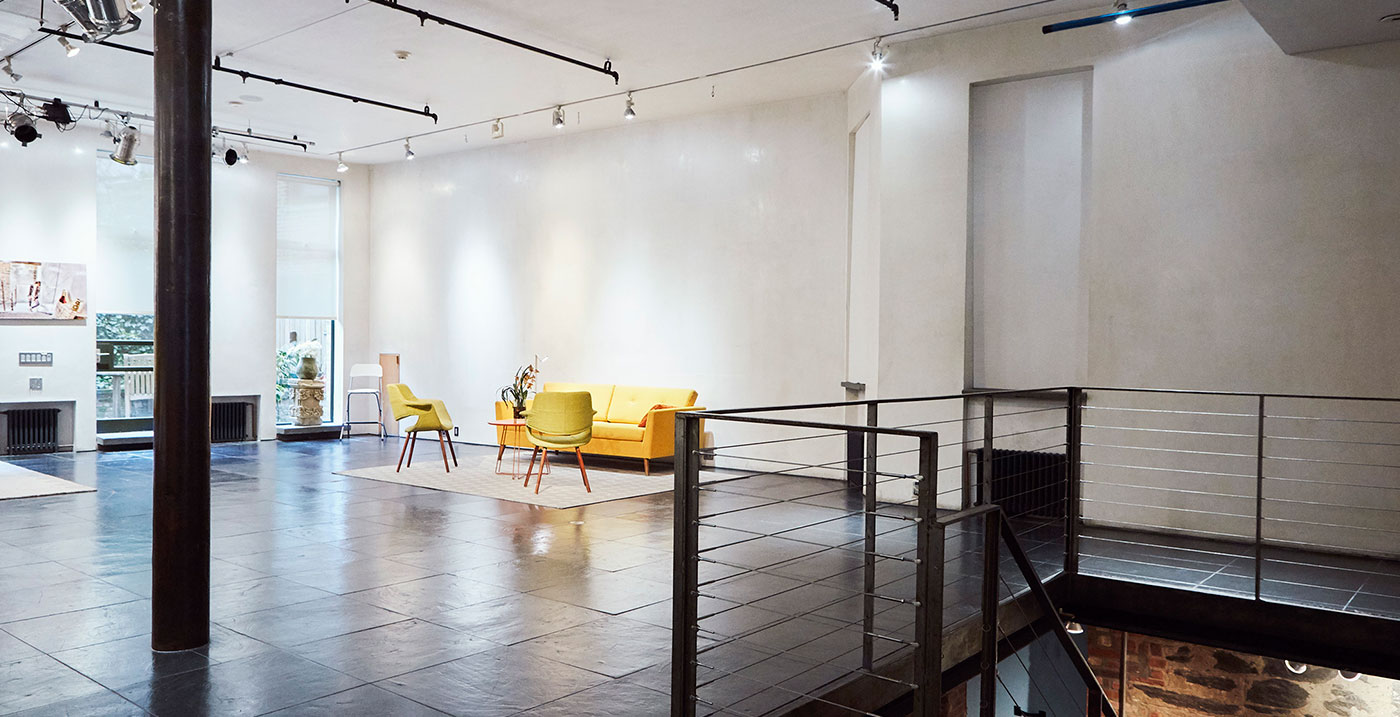 • Cancellation fee is 100%• Overtime (if available) is charged at 20% of day rate per hour or part hour until 11pm – unless booked in advance.• Subsequent hours charged at 40% of day rate per hour or part hour – unless booked in advance.• High powered lighting charged at £0.50 per K per hour.• Colorama charged at £4.00 per meter• The Company will ensure that all floors in the access areas are protected from dirt and damage, with appropriate covering e.g. Correx on hard floors, pads on heavy tripods, and matting under tracks.• All doors and banisters must also be covered with protector if moving large objects through the property.• Equipment and/or props are to be delivered and collected on day(s) of shoot/event unless prior permission has been sought.• For shoots/events of over 50 people, the rental of extra toilets is a mandatory charge.• Storage of anything is at the clients risk, and may be subject to additional charges.• Any information regarding the shoot/event that has not been disclosed prior to this agreement may lead to a suspension of the shoot/event and a reappraisal of the fee.• Any disrespect shown to the First Option team, our security guards and/or our neighbours will not be tolerated and may lead to a suspension of the shoot/event.• Noise cut-off is 23:30 (Fridays and Saturdays only). Failure to abide by this will result in the police being called.• On completion of the shoot/event, the studio must be put back as found to avoid a charge.• Anything more than four bags of rubbish/recycling must be removed by client.